The home is supposed to be a sanctuary — a safe place for children. But from a recent survey in the communities during this pandemic, children are found to be more prone to neglect, abuse and exploitation

In a rapid assessment done in 22 cities and provinces by child-focused agency World Vision, 5% of parent respondents revealed that they are willing to resort to negative survival strategies such as child labor, begging, or early marriages.  Others considered sending their children to be cared for by relatives or by institutions.

“To learn that 5% of our respondents consider exposing their children to harm is very alarming. Even one child is too many. We are concerned that, due to job loss, reduced family income or death in the family brought by the COVID-19 pandemic, children could be subjected to abuse, or may be forced to work prematurely to support the family,” says World Vision Child Protection Manager Jezreel Hannah Domingo.

“Children are among the most vulnerable during this pandemic. They may bear the brunt of the emotional and financial toll in the family caused by this crisis,” added Domingo.

As a result of the financial restraints brought about by the community quarantine, only 32 to 40 percent of the surveyed households say that they were able to fully meet food and cooking expenses.

The study also revealed that a huge number of households still implement corporal or negative forms of punishment, such as shouting, name-calling, hitting, and slapping.

World Vision is also alarmed by the rise of internet-related crimes against children and other possible forms of child abuse which could take place right at the home, with some of the perpetrators being the parents and guardians themselves.

The Department of Justice (DOJ) recently reported a huge upswing in the number of online child sexual abuse cases since the enforcement of  community quarantine. The cases of internet-based sexual exploitation has increased 264 percent, or three times that of the previous year. This was attributed to the strict quarantine guidelines and a surge on internet usage as people were forced to stay home.

Apart from abuse, children are also subjected to different forms of emotional distress while in quarantine. A huge number of the surveyed children admitted they worry about their families and the financial burden caused by the crisis. Other causes for worry are: getting sick, access to food and other basic needs, and whether they would continue schooling.

The same is true in other parts of the world. A global survey by World Vision International revealed that 91 percent of children aged 8 to 13 are suffering from emotional distress and troubling feelings due to uncertainty and isolation brought about by the COVID-19 crisis.

The study, conducted between March and April 2020, interviewed 101 children from 13 developing countries, including the Philippines, where COVID-19 is present. Among the negative emotions expressed by the children were, anxiety, anger and worry due to the uncertainty of how long the crisis will last, and dealing with isolation.

Despite this, parents who were interviewed admit they are not equipped or knowledgeable in how to support their children during this difficult transition.

In order to help parents and children cope, World Vision has distributed information materials containing key messages on protection, positive parenting and psychosocial support. The materials came along with other interventions such as the provision of health kits and relief goods to affected families.

“The home should remain a safe, secure, and loving place for a child. We urge all parents and guardians to ensure that children are happy, productive and healthy even while on quarantine. World Vision, in partnership with different government agencies like the Department of Social Welfare and Development (DSWD) and Department of Education(DepEd) are working to ensure continuous learning and protection of children. They should be our priority,” says World Vision National Director Rommel Fuerte.

As of May 31, World Vision’s COVID-19 emergency response has reached over 3 million people multi-sector interventions.

To report any form of child abuse, contact Bantay Bata hotline 163 or go to your nearest Barangay or DSWD office. 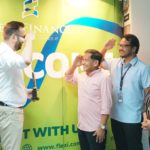 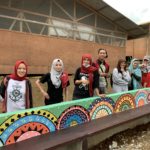 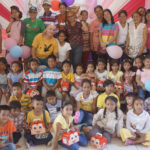 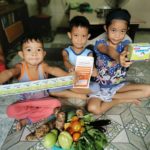 Since the community quarantine was imposed, the feeding programs were temporarily stopped. Aside from the disruption of such services, the income of LA's parents was... 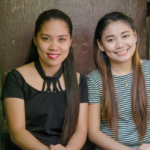 When Normalyn and Jemima were young, both their families’ meager incomes were insufficient in providing them with their basic needs. At times, they took on...