Christmas is only a few weeks away and World Vision Ambassador Jasmine Curtis-Smith and celebrity influencer Erwan Heussaff have joined World Vision in ensuring that the most vulnerable Filipino children celebrate Noche Buena with smiles on their faces and joy in their hearts.

In this special cooking video, Jasmine and Erwan cooked Filipino-style spaghetti, a popular staple and a certified kid’s favorite during Noche Buena.

“We’ve been working with World Vision for a while. I’ve been supporting some of their children maybe for almost five years now,” Erwan shared. “One of the best things about Christmas is the ability to give back to people, especially with World Vision because we’re dealing with children. And who doesn’t love to see happy children?”

“Every year [World Vision] holds a Noche Buena campaign wherein you can donate and give a gift pack to a family,” Jasmine explained. The World Vision Ambassador have joined several Noche Buena distributions in the past, where she personally handed Noche Buena packs from donors to World Vision-supported children.

Both Jasmine and Erwan invited their fans and followers to support World Vision’s Noche Buena campaign.

“It really makes a difference. It seems like something that’s so simple but it will make their Christmas so much better,” Erwan said. “You can donate as much as you want, there’s no cap. Even if it’s just one, it will make a huge difference in people’s lives.”

To give a Noche Buena pack to two families, please click the image below: 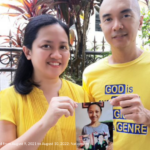 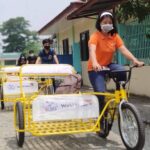 World Vision gives a youth group bicycles that they can use to tutor elementary students in their villages. 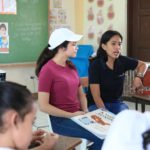 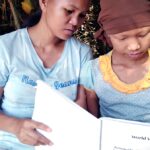