Adhering to local hygiene protocols and social distancing, children in some World Vision communities in Luzon, Visayas and Mindanao gathered to teach and learn about online safety to prevent online abuses and sexual exploitation of children.

Using the hashtag term “#MayForeverOnline”, children and youth leaders led the orientation about online safety, reminding their peers to be extra careful when posting information on the Internet and social media. 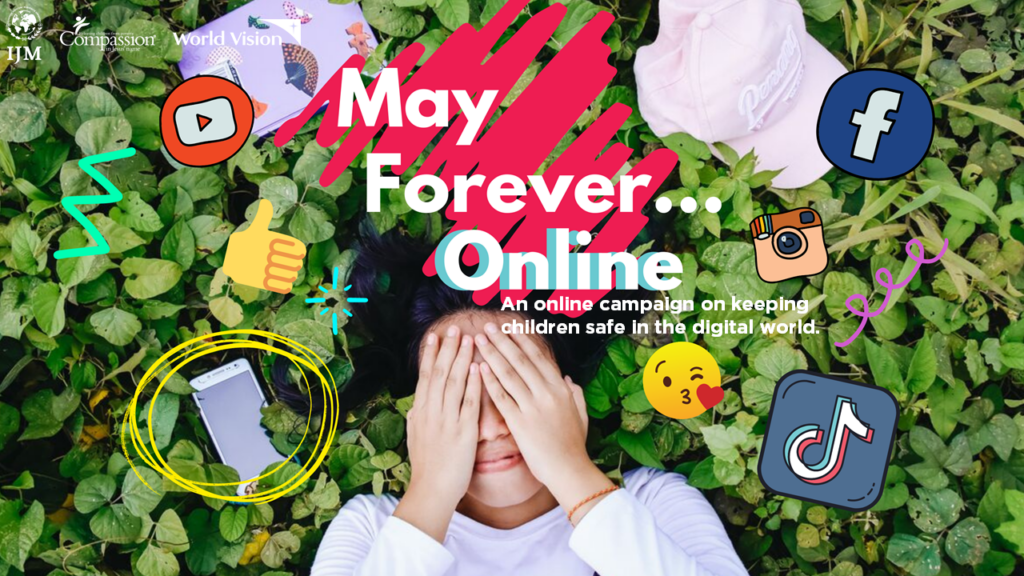 “The #MayForeverOnline campaign is our way of reaching out and telling other children and youth to be extra careful when posting information online because anything we post online are there forever even if we deleted them from our social media pages,” Francis, 21, World Vision’s National Children’s Federation president, explains referring to the digital footprints that leave trails on the Internet which can be used by other people to steal personal information and take advantage of a child.

The children’s campaign is in response to the growing population of Internet users in the country. According to the Dateportal.com report entitled “Digital 2021: The Philippines”, there are 73.91 million Internet and 89 million social media users in the Philippines.

The same report also showed that Filipinos spend an average of 4 hours and 15 minutes on social media, making the Philippines as the top country with the most time spent on the internet and social media. The leased obsessed with social media are the Japanese, spending only 51 minutes online on average.

The growing trends in social media usage also pose risks to children. A report of the International Justice Mission (IJM), an international organization that protects people in poverty from violence, showed the Philippines with 237 new referred cases of online sexual exploitation of children (OSEC) between 2010-2017 compared with three other leading countries: Mexico with 27 referred cases, Brazil with 19, and India with 18. The country also has the largest known source of sexually exploited children online.

IJM, World Vision and Compassion International, another Christian child-focused organization, are currently working together to prevent and end sexual exploitation of Filipino children in an advocacy campaign called It Takes a World to End Online Sexual Exploitation of Children.

The main highlight of #MayForeverOnline campaigns are the creative ways children answered two major questions: “What are the things you don’t want to remain online forever?” and “What advice would you give to other children about online safety?”

Children’s groups answered the questions in slogans, games and colorful posters. In one slogan, a group of children reminded everyone that “Children are not dolls. They have dignity and feelings to preserve.” The children’s group from Bukidnon calls to stop malicious content about children that are being posted online.

Another group of children from Leyte reminded other children to be aware of children and youth are posting online to avoid being cyberbullied. “Never post negative comments to avoid being bullied online,” the children’s written reminder states.

A group of children from Camarines Norte, likewise, wrote similar reminders, and advised children to “Treat Internet as Internet not as diary.” 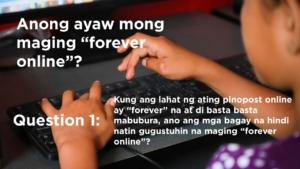 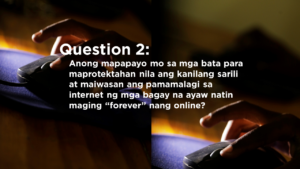 The National Children’s Month is held in the Philippines every November. The month-long celebration commemorates the country’s adoption of the Convention on the Rights of the Child by the United Nations General Assembly in November 1989. 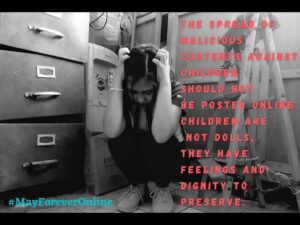 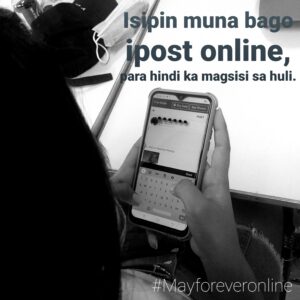 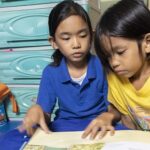 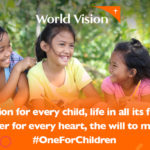 The journey of a former sponsored child

Discover the journey of former World Vision sponsored child Jocelyn who is now a successful schoolteacher.

In 2015, UNDP reported that at least 26.5% of the Philippines’ population live below the poverty line. This accounts to about 25 million Filipinos who...

The Hinglas Farmers Association is creating a new trend of aquaculture in their community. In the mountainous region of the municipality of Sogod, this group... 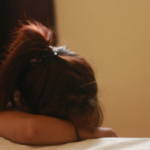