Children from various provinces in Luzon raised early teenage pregnancy as an important issue among children in the recently concluded Children’s Congress, an annual gathering of children from World Vision areas in Luzon, Visayas and Mindanao.

“Many children get pregnant early because they lack family support. Without parents’ proper guidance, some children can grow up irresponsible,” Erica, from Isabela, said.

According to National Statistics Office Administrator Carmelita Ericta, cases of teenage mothers in the Philippines rose by 4.6% between 2000 and 2010.

Commissioner Percival Cendaña of the National Youth Commission partly attributed the alarming number of early teenage pregnancy to frequent use of the Internet and social media.

Ronquillo explained, “Once a youth becomes a mother or a father at an early age, they will have to face responsibilities that they may not yet be ready to deal with. This may result to them dropping out of school. Without education, adolescent parents have limited job opportunities, and consequently suffer financial difficulties.”

Aside from teenage pregnancy, child participants also raised issues on quality of education, online sexual exploitation, malnutrition, illegal drugs and lack of livelihood for their parents.

The issues were presented to representatives from World Vision, Council for the Welfare of Children (CWC) and Rotarian against Child Exploitation (RACE) that also have advocacies to promote children’s wellbeing.

As part of the “Pito Para sa Bata” advocacy, RACE representatives distributed whistles that children may use to call the attention of adults when they feel they are in danger or in emergency situations.

CWC also presented the government’s campaign against the use of illegal drugs as a means to protect children’s future.

Give a Noche Buena gift today 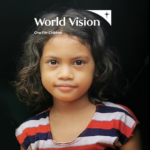 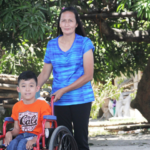 World Vision rapid assessment team is in the town of Baggao in Cagayan, Philippines to survey the damage of Typhoon Ompong (Mangkhut). According to government... “I was already having a hard time as a single mother before COVID-19 but since the community quarantine was imposed, I’ve never felt more helpless,”...