SAMAR, Philippines. Jeremy holds onto his makeshift walking aid while his parents cheer him on.

We all do it so easily.

It’s that simple act of placing one foot over the other. Although for some, walking isn’t as easy as it looks, and it is especially difficult for people with limited mobility.

His body soon reacted to the treatment he was given and it was later found out that it was the excessive medications that paralyzed both of his legs and greatly affected his speech.

Life has never been the same since for Jeremy.

In the Philippines, 1.2% of the country’s population struggle with disability. For every five persons with disability, one is aged 0 to 14 years old, many of whom belong to families who live under the poverty line.

Like most poor families, Jeremy’s parents were unable to afford the necessary equipment Jeremy needed. The best he has had was the wooden, makeshift walking aid his father, Joey, built outside their small tilt house.

This in turn meant that Jeremy struggled to progress at school and his parents felt that he needed to be educated at home. His parents taught him how to write the alphabet and learn about shapes and numbers.

“I can really see that Jeremy is determined to walk again,” Joey shares. “He wants to go back to school.”

As much as his parents want to speed up his recovery, therapy is expensive. His father works as a farmer who grows his vegetable garden while his mother earns a little above P200 a day ($4) from their small retail store.

Looking to the future

With the support of World Vision, Jeremy now attends a clinic therapy three times a week. Since he joined the sessions, the doctors have seen how much his mobility has improved.

“I know there will be difficult times,” his mother shared. “But by looking at his smile, you can tell that he’s a fighter.”

Jeremy, now 7, is one of many children World Vision has the privilege to care for. Despite the struggles his disability carries, Jeremy has loads of fun and he laughs most days, building blocks and playing with his toy gun. His upbeat, inquisitive, positive nature is nothing short of inspiring.

Shirley takes pride in her son’s strength and hopes to encourage other parents who share their struggle.

Jeremy leads by example with his story of triumph over hardship—taking that big step forward and looking to the future with hope.

World Vision continues to support families in Samar, focusing on a handful of nutrition-related interventions which include educating people on personal hygiene, HIV and AIDS, as well as adolescent sexuality and reproductive health. World Vision also aims to build the capacity of community groups to address the local causes of illness, death, and ensure quality health service delivery. World Vision/February 3, 2017 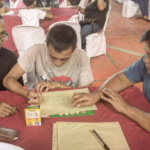 A drunkard’s journey to sobriety

Robert used to live a drunkard life. There wasn’t a day that passed that he didn’t indulged himself with liquor. If he had no job... 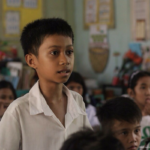 A father dutifully accompanies his daughter to World Vision child-friendly spaces to help her cope with their family's displacement from Marawi. 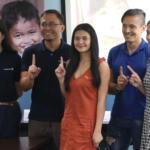 World Vision in the Philippines, together with World Vision Ambassador for Education Bianca Umali, launches “1000 Girls,” a campaign that aims to give girls a... 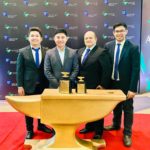 Child-focused organization World Vision in the Philippines together with its PR and Social partner ComCo Southeast Asia recently won Anvil Awards for its landmark projects...