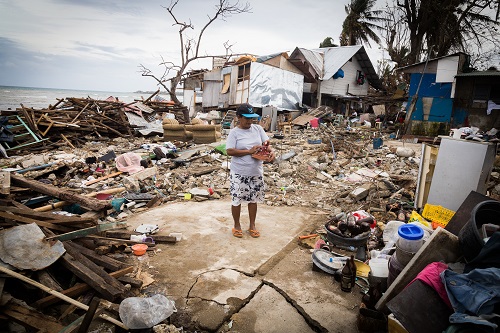 I cried.“Everything was blown away. Nothing’s left.”

This is how Leah, 50, a mother of two, described her reaction when she saw that she has no house to return to anymore.

Lea lives in a coastal town of Cebu, a province in central Philippines. She recalls that on the day Typhoon Odette (Rai) made landfall in her province, they hear howling winds. She and her family were already taking shelter to a relative’s house made of bricks.

They still live in the same relative’s house because she has none to go home to anymore.

“I honestly at a lost how to start,” she admits. 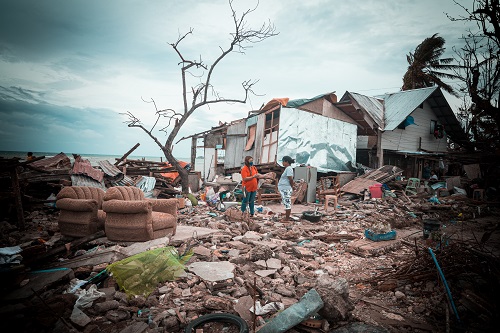 Her husband, Romarito, 49, is a garbage collected earning Php50 ($1) a day. Their two grown up children, Sarah, 30, and Joben, 21, are helping them somehow but both are meagerly earning. “I used to have a small store so me and my husband would have additional income. But my store is attached to my house.”

A day after the typhoon, the local government unit in her village provided them with food composed of rice and canned goods. Two weeks after, she received cash assistance from the Philippine government. She bought a few materials such as ropes and lumber. But the materials can only make a small 5×5 room, she says. “I’ll probably salvage from the rubbles whatever material can still be used.”

Like a new year, Leah has to start from the start again. “It’s difficult but life has to move on. Isn’t it what new year is all about, starting anew?” she says.

World Vision distributed shelter items, mosquito net, blankets and mats to families in Leah’s village whose houses were severely damaged by Typhoon Odette. Seeing the items put a smile on her weary face. “These must be expensive,” she says referring to the blankets. “This will keep us warm. Just in time for the cold season. Thank you for these items!” 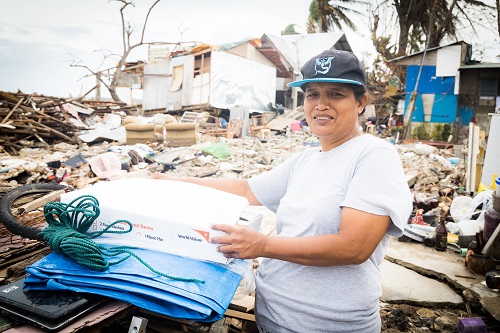 Leah says they will start to rebuild their house in the coming weeks. “These shelter items can be our temporary walls or roofs.” World Vision’s shelter items contain contains blue tarpaulins and a rope, given to families as immediate and temporary shelter.

Two weeks after Typhoon Odette left massive destruction, thousands displaced and hundreds of dead along its path, World Vision reaches over 4000 families in the typhoon-stricken provinces of Bohol, Cebu, Surigao del Norte, and other hard-hit areas in the Visayas and Mindanao. World Vision has distributed relief items, such as hygiene kits, sleeping mats, kitchen and cooking sets, and emergency shelter kits which consist of tarpaulins and ropes among others. 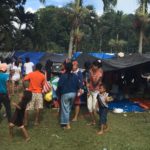 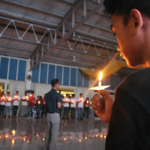 29-year-old Joseph Palana, Barangay Kagawad (Village Councilor) in an outskirt barangay in Tacloban City, is implementing the principles he learned from the Spiritual Nurture for... 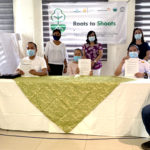 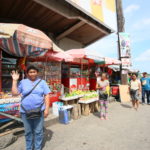 World Vision lauds the recent passing of Republic Act (RA) 11596 or An Act Prohibiting the Practice of Child Marriage.