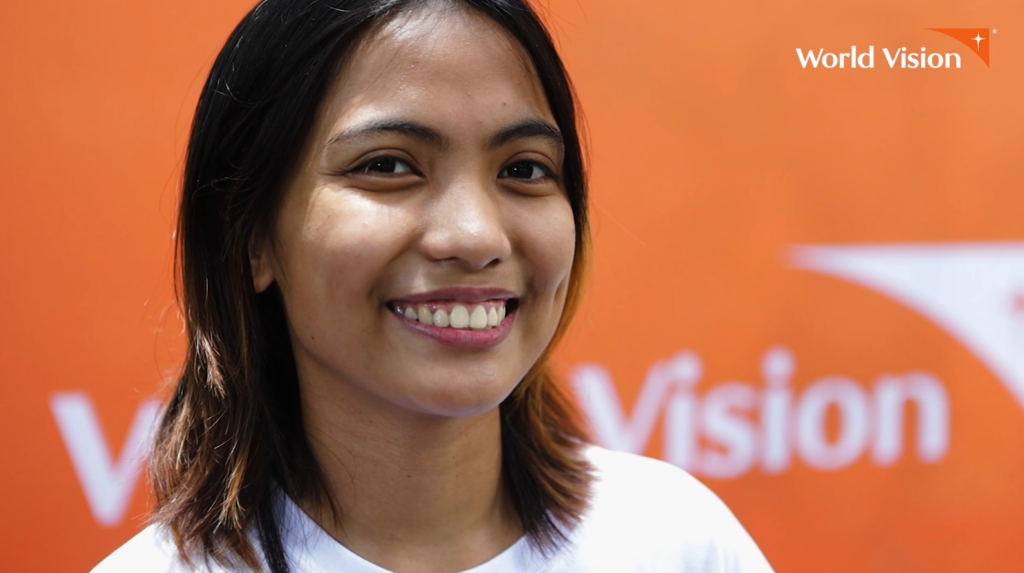 One of Regine’s earliest memories as a World Vision sponsored child was being summoned to the barangay hall with her fellow sponsored children. Facilitators would regularly check their weight, inspect their teeth, then distribute vitamins. At the beginning of each school year, every sponsored child would also get new school uniforms, a new pair of shoes, and new school supplies.

One time, Regine and her fellow sponsored children were asked to dress up according to what they wanted to be when they grew up.

“I wore my mama’s apron. Because our family had a small carinderia, I told them ‘I want to have my own restaurant. I want to be a chef,’” Regine says with a smile. 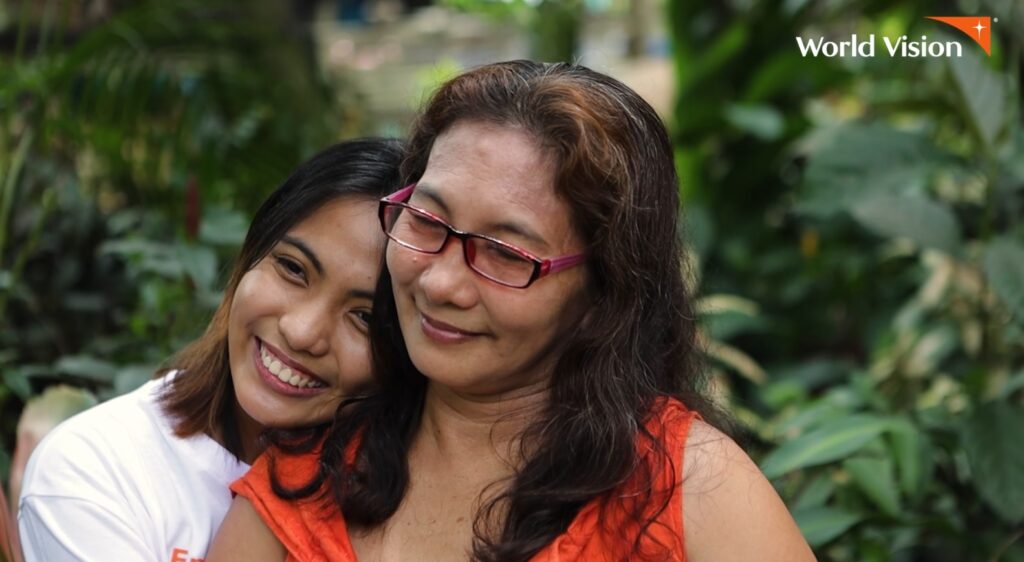 Regine was six years old when she became part of World Vision. With three other siblings, she remembers how her father had to work abroad to support the family. Her mother did various errands to augment the family income.

As a child, Regine assisted in some of her mother’s small food-related ventures: washing the dishes in their carinderia, making homemade achara (pickled papaya) then peddling the bottles to their neighbors, and selling maja blanca (coconut cakes) around town.

She believes that the experience is probably why she wants to be a chef. “It’s all I ever dreamt of becoming,” she explains. “I did not expect that I could actually make it my goal. Maybe it’s really what God has planned for me. He made a way for it to actually happen.”

Regine had a lot of reasons to be apprehensive. Restaurant management is an expensive course, and her family had no means to send her to college. In spite of this, Regine found the drive to pursue her dream — thanks to the people around her!

“Every weekend, World Vision sponsored children in our area would gather together and do all sorts of activities. We studied the Bible with youth leaders, organized feeding programs for street children. We choreographed Christmas presentations, learned about children’s and women’s rights,” Regine recalls fondly.

However, the activity that left the most profound impression on Regine was “Makilahok,” a World Vision leadership workshop she attended when she was 15.

“It was the first time I was truly away from home. I remember crying the first night because I was so scared to be away from mama,” Regine admits with a laugh. “But that seminar was a turning point. It did so much to build my self-confidence. I met sponsored children from other provinces. I spoke in front of a huge crowd. I began to see that I can do things I thought I couldn’t do. I realized I can.” 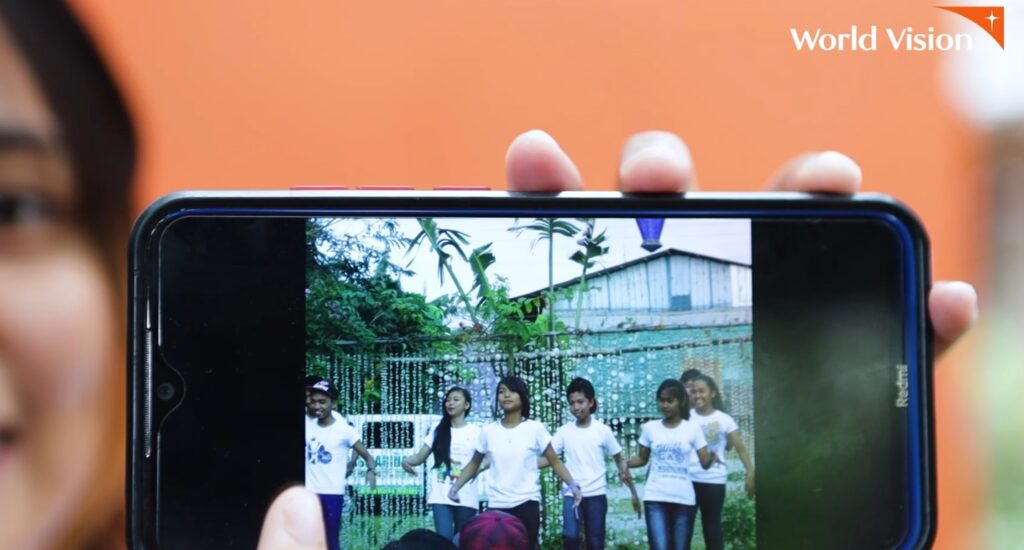 Eventually, Regine broke out of her shell. Drawing from her experience in the leadership workshop, she went on to become a student leader and an active member of the Barangay Children Association.

In Regine’s final year in high school, it became clear that her family could not send her to college. Regine decided that she would take a part-time job in a fast-food restaurant and support her own education.

“I did not want my life to come to a pause. I looked for a public school that offered an affordable restaurant management degree. I looked for a dormitory. I prayed hard. I was adamant about going to college,” Regine shares.

Unfortunately, things did not go the way she had planned. On the day she was supposed to enroll, Regine found out that all the slots allotted for her chosen degree in her chosen school were already filled.

It seemed Regine’s lifelong dream was not meant to be.

“Perhaps it was God’s will,” Regine explains. “The day after the enrollment, my manager asked why I missed my shift. After I told her about my predicament, she revealed that another school was offering scholarships for the exact degree that I wanted.”

Regine was both hopeful and skeptical. The school was prestigious, the competition was fierce, and she felt she was not as qualified as the other applicants.

“I was surprised when I got the scholarship. I did not expect it at all. They even offered a special program for working students like me,” she says.

Regine admits that she would not be where she is now without the people in her life: her family, her friends, and her child sponsor.

“World Vision has such a significant impact on my life. Whenever I feel discouraged, I read the letters my fellow sponsored children wrote to me in that leadership workshop. Their kind words remind me what I accomplished back then, what I can accomplish now,” she says. “Aside from helping my family, World Vision also empowered me.”

Now in her final year in college, Regine is one step closer to fulfilling her dream. Being a working student is no easy feat but she is happy with the progress she has made.

“Every time I think about the trajectory my life has taken, I always remember that fateful day I wore mama’s apron to a World Vision event,” says Regine. “I will build a restaurant for mama, for my family. I will be a chef.”

You too can join Regine and other empowered women and be part of the movement in empowering 1,000 girls by October 11, International Day of the Girl.

Sponsorship can help a girl break free from the cycle of poverty. Empower vulnerable girls to rewrite their stories by providing them the right tools to overcome adversity. 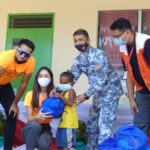 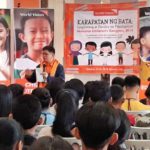 With the theme “Karapatan ng Bata: Ipagdiwang at Patuloy na Pahalagahan”, World Vision encouraged the meaningful and safe participation of children as agents of transformation... 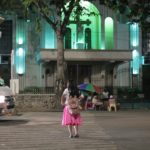 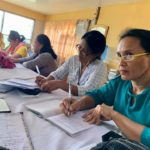 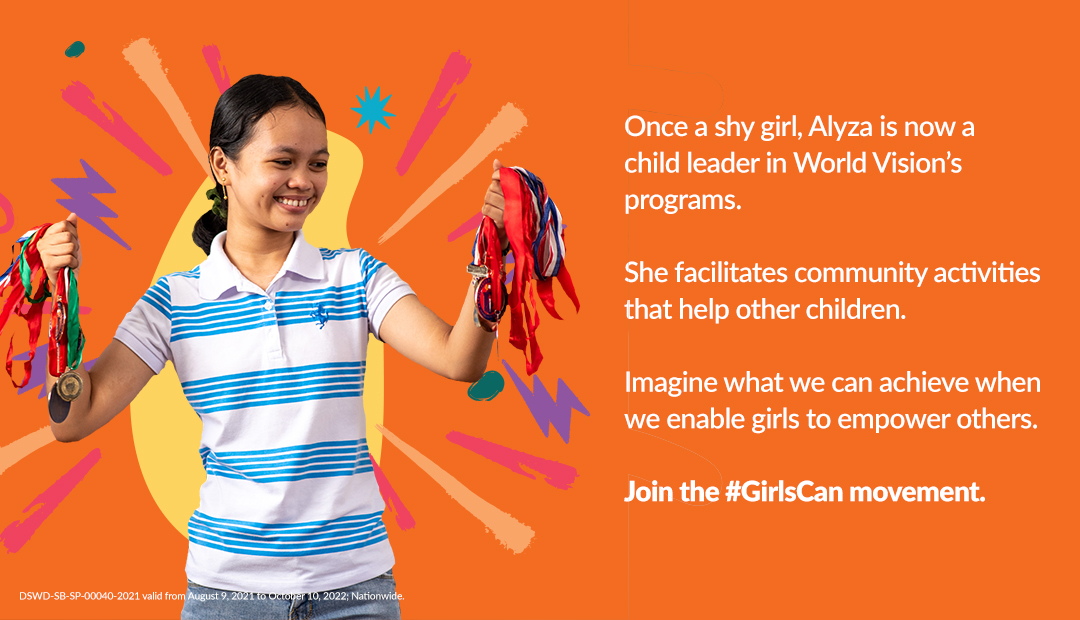