Home / News & Stories / Princess dreams of going back to school

6-year old Princess has always been an excited student.

“When she started going to school, she would wake up early in the morning, sometimes as early as 2 am. Among her siblings, Princess is the most enthusiastic in attending classes,” shared Janice, her 36-year old mother.

On June 5, the school year has officially begun. Princess has been looking forward to the class opening but that day didn’t come in her school in Marawi City. She was supposed to enroll as a Grade 2 student.

A fire fight between a local armed group and the Philippine Army erupted in Marawi City on May 23 that caused families to seek refuge in neighboring towns and cities.  The Autonomous Region in Muslim Mindanao (ARMM) Emergency Action and Response Team reported that as of June 4, the number of internally displaced persons (IDP) has reached 235, 580 people or 47, 116 families. The crisis has also affected 132 schools and at least 22,000 school children, including Princess.

“I was hoping to see my friends and my favorite teacher. I’m sad that I can’t go back to school,” Princess winced while drawing a house in her sketch book she borrowed. It showed the homes her fellow Muslims and Christians alike were forced to leave.

She and her family are now living in an evacuation centre. They were not able to bring any of their things because they were rushing to escape the clashes.

“I understand the desire of Princess to go back to school. As a mother, it pains me to see her that way but aside from being displaced, I also don’t have the resources to buy her school supplies should I enroll her and her siblings to a school here,” laments Janice who is also the sole provider to her four children.

World Vision is now on the ground to coordinate with the social welfare department, and the local governments in providing displaced families with relief items like hygiene kits, blankets, mosquito nets, mats and malong. In coordination with the Department of Education, World Vision will also provide students like Princess with learner’s kits and temporary learning spaces.

“We are also setting up child-friendly spaces (CFS) to provide psychological first aid to children affected by the crisis. We’ve been going around evacuation centres and we’ve seen the struggles of the displaced children. Aside from the humid environment and being unable to go to school, some are still in shock from the gun shots and loud explosions they heard in Marawi. We hope that through CFS, we can somehow give a sense of normalcy to the children,” said Ligaya Munez, World Vision’s Programmes Manager deployed in Mindanao.

As for Princess, her dream of becoming a teacher remains her strong motivation to keep going. World Vision/June 6, 2017 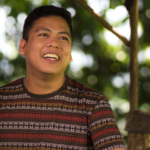 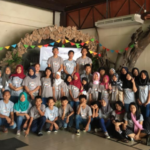 In support of the Department of Education’s (DepEd) Back-to-School and Stay-in-School (BTS/SIS) strategy for Marawi children, World Vision officially launched its Marawi Peace and Protection... 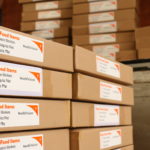 As of 3PM on Wednesday, September 12, state weather bureau said that typhoon Mangkhut has entered the Philippine Area of Responsibility. Weather bureau PAGASA’s 11AM... 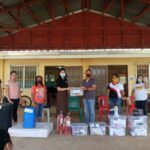 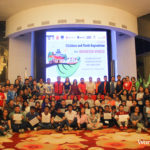 A total of 52 children and youth members from all across the Philippines gathered in Binangonan, Rizal for the National Children and Youth Consultation for...