Home / News & Stories / Love and humanity will prevail: A responder’s blog of the Marawi crisis

Love and humanity will prevail: A responder’s blog of the Marawi crisis

It was June 1 when I boarded the plane to Cagayan de Oro (CDO), my hometown. Traveling is not new to me but this was unlike any of the trips that I have taken before. I have been deployed to Mindanao to be part of the Marawi Crisis emergency response team.

Eight days before I travelled to CDO, news broke out that a clash erupted between the Philippine military forces and an armed group in Marawi City. Photos of armored men clad in black, tactical outfits, bandanas, and scarves wrapped around their heads spread all over social media. Posts of Marawi residents who were seeking help and rescue concerned everyone, including me. Marawi City is just 3 to 4 hours away from home and it broke my heart to see my Mindanao under attack.

As I arrived in CDO, a different reality was exposed to me. Military personnel were everywhere. Checkpoints were placed along the highway. I rendezvoused with my team in our CDO office as we prepared for an assessment visit in evacuation centers.

As the first light broke out the following day, we head to Iligan City, a 40-minute to an hour drive away from ground zero. The city famed for its waterfalls is now housing thousands of evacuees who fled from Marawi and neighboring municipalities.

For the next four days, we coordinated with the Iligan and the Autonomous Region in Muslim Mindanao (ARMM) local governments and visited main evacuation centers within the city. My role was to gather photo documentations and help the people tell their stories. I interviewed mothers who cried concerns about their children’s welfare in the evacuation centers and fathers who expressed their need for livelihood to continue their roles as breadwinners. I also talked to newly rescued grandparents who were still in shock after being trapped inside a military camp in Marawi City while bullets hissed and bombs exploded just outside their hiding place.

It was hard for me to ask questions to the displaced families, even after the Zamboanga Armed Conflict Response in 2012, because I know that these individuals are still suffering fresh wounds of distress and emotional shock after what happened to their city.

What made this response my most difficult task yet was interviewing displaced children. Afar, I observed them playing like nothing happened, but when I approached and talked to them, their stories of escape and their current situation inside the evacuation centers seemed to cut inside me, making it difficult for me to ask more questions.

Sometimes I would just stop asking and let them borrow my journal and pen where they can draw or write anything they want. I met this little girl who remained speechless even after she and her family have escaped the conflict. The girl’s mother shared that the child may have been traumatized after a gunfight occurred outside their doorstep before they evacuated. The girl even cried while I was interviewing them after a loud noise, maybe an object that accidentally fell, was heard inside the evacuation center.

It is a heavy feeling to bear when you see these children who were not only forced to leave their homes but were also forced to adjust to their new lives inside covered courts or gymnasiums, along with other people who are strangers to them. The thought of these vulnerable children wouldn’t leave my mind. For a time, I thought that this world that has become violent and cruel doesn’t deserve to be called home by these children.

A couple of days after our assessment in evacuation centers, World Vision began its relief efforts by providing hygiene and bed kits. Psychosocial activities were also organized to let the displaced children play and learn in child-friendly spaces.

I have also observed other groups doing their relief efforts for the families. Some have set up medical tents, prayer rooms, proper toilet cubicles in evacuation sites. I also salute staff from the social welfare department who make sure that the camps are organized and the expressed needs of the evacuees are relayed to the responders. A higher salute to the evacuee volunteers who, despite being affected, continue to choose to help their fellow evacuees. Seeing these responders working together to lessen the sufferings of the evacuees inspired me. The response which gave me an emotional burden at the beginning somehow became my therapy as we continued. There is still goodness.

If there is something that I have realized during my deployment in Iligan, it is the thought that despite the cruelty and violence, love and the urge to live harmoniously will always prevail. The hope to achieve peace someday will always be in the hearts of the people, fueled even more.

Now, as I head back to Cebu, I hope that the families who are still in evacuation centers will have better living conditions in their temporary shelters. They still need more help. I also pray that the responders and donors will never grow weary of attending to the needs of the evacuees. Our generous actions are very critical during this time of distress, especially for the displaced children who see this generosity as an act of love and peace.World Vision/June 23, 2017 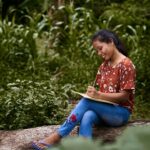 Having born to a poor family, Ara, 17, tries her best to maintain her good scholastic record so she can fulfill her dream of becoming... 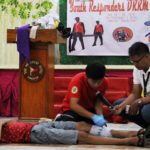 Youth learns the basic of rescue

Several youths from Pangasinan undergo training that will help them learn about hazards and how to prepare when disaster strikes. Facilitated by Provincial Disaster Risk... 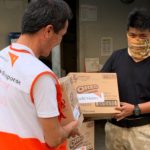 We are not alone in the fight against COVID-19. Through the following partner donation portals, everyone can conveniently support and help vulnerable families and medical...