This will be the second Christmas that Josue,11, and his family won’t be home. 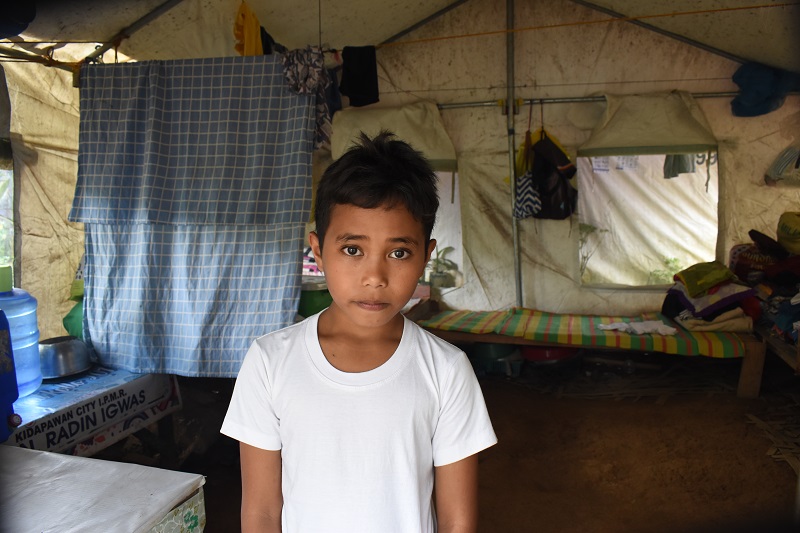 “We used to celebrate Christmas with spaghetti and macaroni. After eating, we would go out and watch the firework display,” he recalls. He’s always looked forward to it. It meant carols and candies and being together as a family.

Then the multiple earthquakes happened in North Cotabato, Mindanao last October 2019, affecting over 41,000 families.  Their house was reduced to the ground. In a day, Josue’s family was rendered homeless, and had to stay in a temporary shelter.

Crisis within a crisis

Not long after the devastating impact of the earthquakes, COVID-19 pandemic hit the world. Josue’s parents, Nenita and Josue, were caught off guard. The quake already took most of their properties. With the pandemic and the restrictions that go with it, their income was badly affected. Nenita is a seasonal banana plantation worker while Josue is a chainsaw operator. A World Vision assessment report shows that 71% of families have reported loss of job or reduced salaries due to the pandemic, affecting caregivers’ ability to provide for their children. 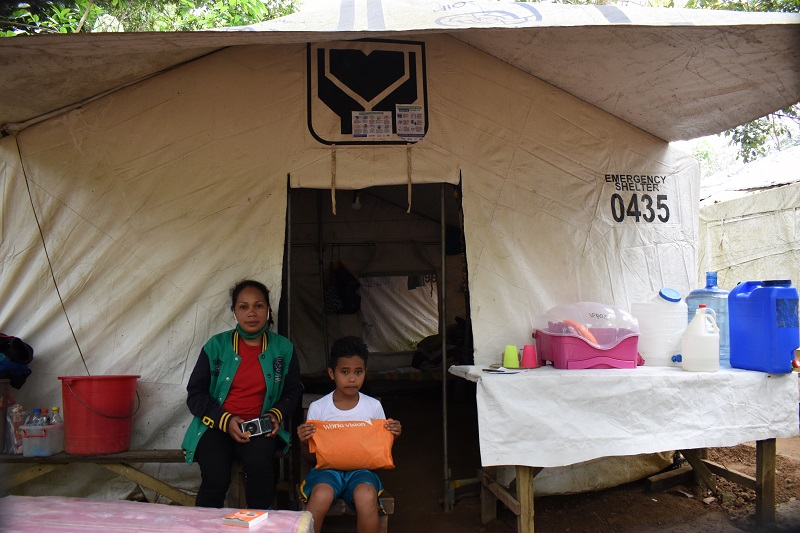 “It was a difficult time. For many months since the pandemic started, we were without work. We were just relying on relief goods,” says Nenita.

The situation was also difficult for the young Josue and his two other siblings. Their education was disrupted. When the classes returned in October 2020, they had to shift to modular learning, which meant that they had to study in their temporary shelter.

“It’s hard to study here. The tarpaulin is almost worn out so when it rains, we need to move some of our things, lest we get soaked,” Josue shares.

While young Josue has all the reasons in the world to forget about Christmas, his child-like faith remains. Despite the difficulties that he and his family are going through because of multiple disasters, he still looks forward to celebrating the reason for the season – the birth of Christ. He is still excited to celebrate the season with his family and hopes that the next celebrations will happen not in the tent, but in their own home.

Give children like Josue a chance to celebrate a bountiful Christmas, donate Noche Buena Gift. 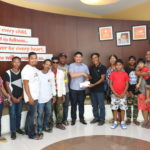 Knowing full well the pains of being displaced because of volcanic eruption, Aeta families from Zambalez visited World Vision office to hand over the money... 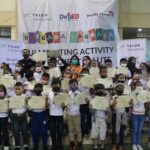 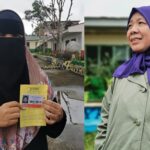 Women’s Month: Life outside the battlefield

Almairah and Norinsa are part of the Capacity Building of the Bangsamoro Transition Authority for Supporting Social Reintegration of Former Female Soldiers Project in Lanao... 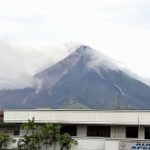