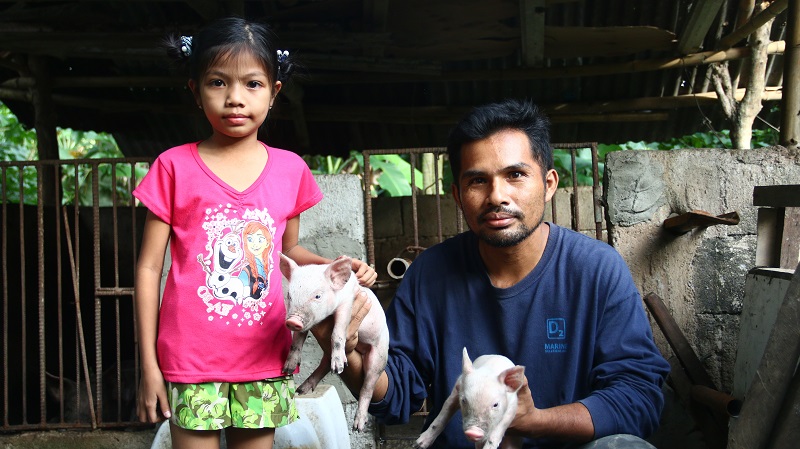 When Stephen agreed for Stephanie, his daughter, to be part of World Vision Sponsorship program a few years ago he wasn’t aware that it was the best decision he made in his life. At that time, he signed up because most of his neighbors’ kids are already part of it. Eventually, he learned to appreciate the program after what it has done for his family.

The 37-year-old father works in a farm and earns during harvest seasons which only happen twice a year. During off-season, he accepts carpentry jobs, paid labor, and other side jobs that sustains his family. His wife is also sacrificing family time by working far from home.

While his wife is away for work, Stephen also makes sure that his four children are taken care of. In the morning, he cooks and sends them to school before he goes to work. And in the afternoon, he fetches them from school and cooks dinner for them.

It wasn’t always easy for the hardworking parent, there were times that their budget fell short. But those days were over because the family have already put up a piggery business which increases their earning multiple times compared to what they earn before.

And Stephen owes everything to her daughter’s World Vision sponsor from Canada. Aside from the regular contribution, the sponsor also goes the extra mile and gives gifts to the family such as groceries, school supplies, and a budget for their house repair. The most valuable gift that they received is the capital money to fund their livestock business.

They started their business by buying a sow which then gave birth to piglets. Stephen sold some piglets for P3,000 each while he plans to raise the remaining piglets to sustain the business.

“This is a huge help for our family especially for Stephanie who has a big dream for herself,” says the grateful father.

World Vision has more than 60,000 sponsored children in the Philippines. The livelihood projects that these families receive are helpful as they weather through this pandemic. World Vision’s COVID-19 Emergency Response also catered to many families by providing relief aid. 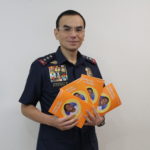 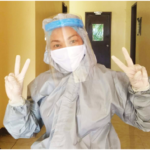 Former sponsored child is at the frontline against COVID-19 pandemic

27-year-old Lenny Lyn is part of the fight against this generation’s biggest threat yet. When the pandemic struck the country in the month of March,... 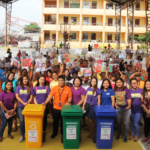 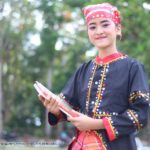 Seeing the world through books

For Laika, books show her the world and they show her more of the things and places and people outside her hometown in Siayan, Zamboanga... 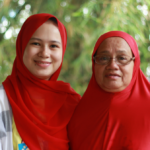 Amina, 49, served as the beacon of strength for her eight children during the Marawi crisis. Her family is one of the 77,000 families...