Emma’s worst fear is over. Barely two weeks ago, she gave birth to a beautiful baby girl. Her husband named their fourth child Haifa, an Arabic name that means slender, well-formed. The name suits the child well.

“I was only 5-months pregnant when the Marawi crisis started. The first two days were the longest days of our lives. I’m thankful that Haifa came out healthy,” Emma shares.

On May 24, their whole family, including her parents and sibling’s children, escaped the clash by fitting in 20 people in a car that only accommodates eight.

Escaping Marawi was not the end of the ordeal. Emma used to be a private school teacher while her husband was a driver.

“The school where I was teaching was burned to the ground. Everything we have was destroyed,” says Emma.

The loss of income source for both Emma and her husband limits their capacity to provide for the needs of the baby and their three other children aged 7, 5, and 1.

“We’re stretched. We rely on my mother and my in-laws but they were also affected by the crisis so they can only give so much.”

Data from the social welfare’s DAFAC (Disaster Assistance and Family Access Card) shows that there were 359,680 people displaced from Marawi. About 10,000 families or 14% of the total affected families are now in recognized evacuation centres while the rest are living with host families. The latest update from UNOCHA also shows that a host family shares a house with eight families on average, which is not ideal especially for pregnant or lactating mothers like Emma.

Since their flight from Marawi, the family has been staying in a small space in Piagapo, along with at least 20 people. Their village in Piagapo is about an hour from the city and is not often reached by aid.

“I try as hard as I can to breastfeed Haifa. That’s the best thing I can do for now to keep her healthy but we need help. The beds, mats and all you see now are not ours and soon, our relatives who lent this to us will also need them.”

Emma also worries about her 5-year old child Aminah, who was supposed to start school this year but had to stop because the school is about an hour hike from where they are staying now. Aminah panics every time she hears something that reminds her of gunshots and bombings.

The UNOCHA update shows that there are limited numbers of mental health and psychosocial interventions especially for those living with host families in remote areas.

To address these gaps, World Vision will be setting up women and child friendly spaces in the underserved areas. Breastfeeding kits will also be provided to at least 2,000 pregnant and lactating mothers while learner’s kits will be given to 2,000 children in the municipalities Piagapo, Baloi, Marantao, Lumabayanague and Munai. Hygiene kits, which remains to be one of the pressing needs identified during a World Vision-led assessment will also be provided, along with other non-food items like mosquito nets, fleece blankets and mats.World Vision/October 23, 2017 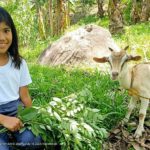 World Vision recognizes the role of the local government in ensuring that efforts for children’s well-being are sustained. 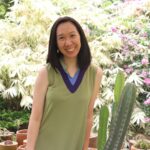 Clarice shares her journey as a child sponsor. "I decided that I will support whoever needs me. I feel that my role is to fill... 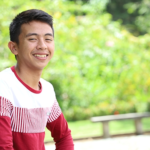 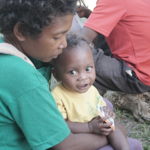 Cagayan Province – When Typhoon Ompong (international name Mangkhut) hit the Philippines in September, it affected the lives and livelihood of many families. World...