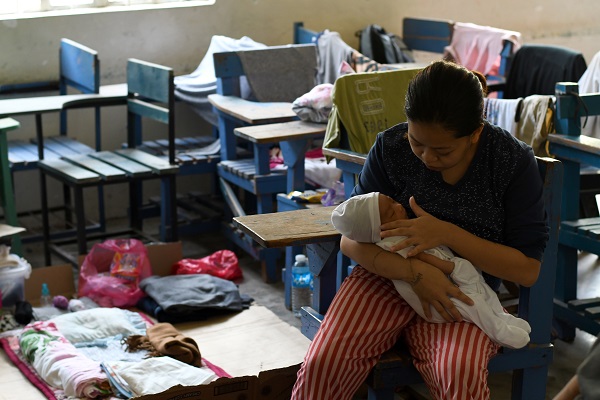 When the water level started rising fast, Lea had one thing in mind — save her 10-day old baby.

“I wrapped my baby in malong and head out to the evacuation center. The water rose really fast. I had to pass through a knee-deep flood just to get to safety,” she shares. While already in safety, the next hours of November 12 was torture as she worried about the situation of her other family members, including her husband, who were already trapped in their home. Reports of houses being submerged bothered her. Her baby, with no sleeping mat to use but discarded boxes, worried her. Thankfully, few hours later, rescuers came for the rest of her family.

In the next room of the evacuation center is 12-year old John Carlon. He and his family had to wait for four hours before they were rescued. 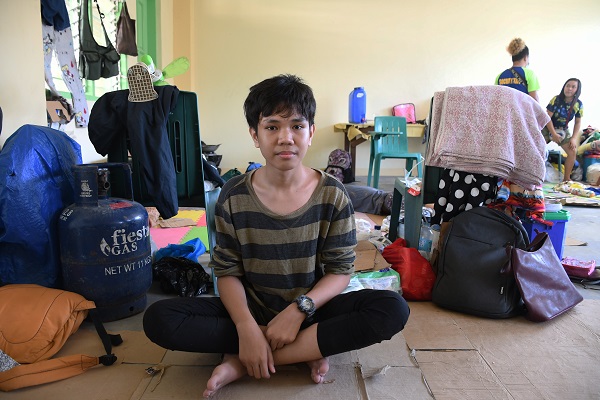 “The flood kept coming for us. We stayed on the second floor of our house but the water still reached us. We had no choice but to move to the rooftop. From 3 in the morning until 7, we were just hoping for help,” he recalls.

Both John Carlon and Lea’s families are now seeking shelter in an evacuation center in Rizal province. There are more than 1000 families who, like them, have experienced the wrath of typhoon Ulysses. 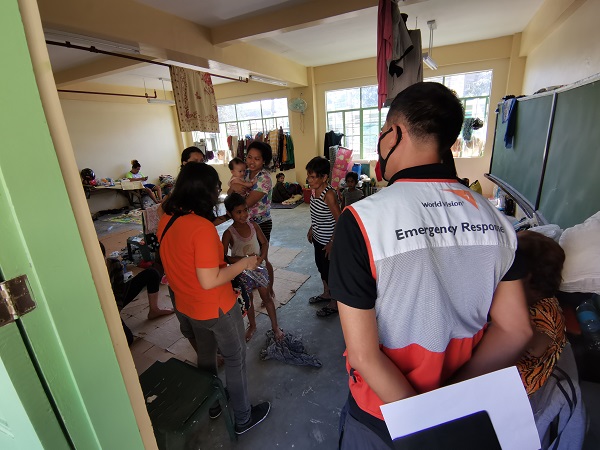 The national disaster risk reduction and management council November 13 report shows that over 44,000 families or more than 170,000 individuals in Regions II, CALABARZON, MMROPA, NCR and CAR were affected.

World Vision has scaled up its on-going response for typhoon Roll-hit communities in the Bicol Region and will also cater to the Ulysses-affected families, particularly in Rizal. Hygiene kits that include toothbrushes, toothpaste, malong, bath and laundry soaps, and other emergency essentials like mosquito net, plastic mats and fleece blankets will be distributed. 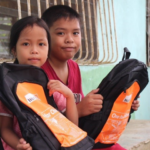 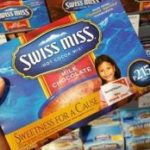 While everybody seemed to be fascinated with comic book heroes, Ronie found a hero of his own—World Vision.