In 2015, UNDP reported that at least 26.5% of the Philippines’ population live below the poverty line. This accounts to about 25 million Filipinos who are unable to afford the recommended daily food intake and cannot provide for their basic needs. Of the above statistics, 40% or 10 million are women.

While the number can be overwhelming, the country, compared to decades ago, has improved in terms of providing equal employment for both men and women. There is, however, a noticeable gap between workers aged 15-24 and those 25-46. Data from the Philippine Statistics Authority (PSA) showed that there were 2.4 million unemployed workers in July 2017, around 49% of whom belong to the youth group, aged 15-24.

Unemployment exposes the youth to exploitation

23-year old Lydia* was doing well as an accountancy student when her mom stopped supporting her. She was left under the care of her grandmother who could barely provide for her needs.

“I had no choice but to put my dream to a halt. I became an entertainer for night clubs,” she said.

The sad reality about poverty is that it exposes women and girls to sexual exploitation. Preyed on by those who knew her need for money, Lydia was often vulnerable to advances.

The low unemployment rate among women also exposes them to physical abuse.

21-year old Myla* was raped when she was 14. She was on her way back from school which is around three hours walk from her home when someone took advantage of her. At age 16, she got married to a man 20 years her senior. The marriage was good at first, she said, but the constant jealousy led to physical and verbal abuses. She couldn’t get out of the relationship because of fear that she cannot provide for herself due to lack of education.

Closing the gap, one young woman at a time

In 2014, World Vision, through the generous support of the people of Germany, implemented the Teaching Health and Resilience to children through Inclusive Values and Empowerment (THRIVE) project, which aimed to help curb the issue on trafficking of children. The project was implemented in Cagayan de Oro and Bukidnon, both of which have the high incidence of trafficking.

The program has reached 2,000 children for awareness raising on exploitation against children while more than 2,5000 parents and caregivers were also oriented on child protection issues in their communities. The initiative has produced good results, including the heightened awareness of communities to report possible exploitation against children but the reality remains that without alternative income, the possibility of children going back to the sex industry remains high.

This led to the women empowerment project which complements the THRIVE program. In partnership with the government’s Technical Education and Skills Development Authority (TESDA), young women who were exploited or at risk of being exploited are provided with vocational training for industries like baking (bread and pastries), tailoring, beauty care and cookery. They are further trained in financial literacy, entrepreneurship seminars, costing and pricing orientation, food processing training.

In July, 69 women graduated through the project and received their national certification.

A better chance at life

Prior to graduation, Lydia received good news. She was offered a 3-year scholarship to further her study of food and beverage servicing. “I’m excited,” she said. She’s always been a performing student and having another chance to fulfill her dream gives her a better vision of her future.

Myla, on the other hand, has completed her course on housekeeping. Armed with new skills and the national certification that could help her land a job, she’s empowered to take charge of her life and not depend on an abusive relationship. 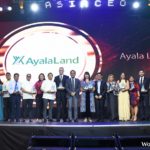 World VisionPhilippines was given the honor to present the CSR Company of the Year award at the recently concluded Asia CEO Awards. 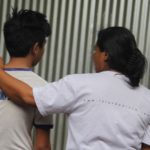 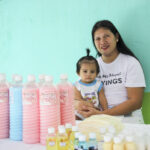 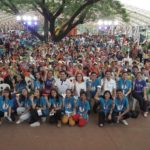 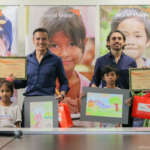