Home / News & Stories / A safer place to sleep at night

A safer place to sleep at night 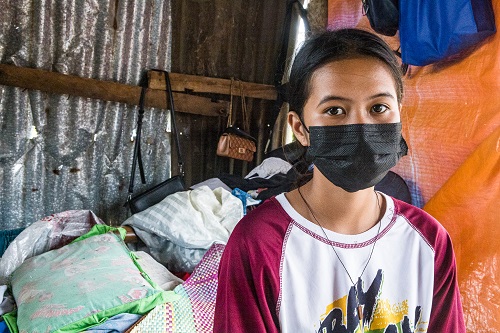 Marjorie, 15, recalls the day the typhoon came. “It was scary. There were strong winds. It was more winds than rains. We hurriedly ran to our church,” she says, referring to a chapel, one of the very few sturdy structures in the community.

Marjorie, a World Vision sponsored child since elementary and the youngest in the family of 11 children, is living with her blind mother, Lourdes, 56. Her father died in 2018 due to illnesses making her older siblings responsible to provide for the family’s needs and Marjorie’s education.

“When the winds subsided, we saw the extent of damage to our place. Our house roof was blown away, all of our things were everywhere, even my school things. I was able to save a few of my belongings,” she says. 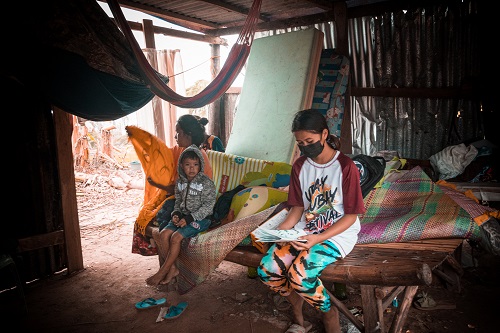 After Typhoon Odette, the family is living in a small cramp space with one wooden bed littered with clothes and other stuff they saved. There was one chair in the house, and two long wooden tables that they use for cooking, dining and temporary space for their kitchen and food stuff. “Apology our house is a mess right now,” Marjorie says.

Her cousin, Vhence, 6, also says he got scared. “I don’t like the winds,” the little boy shares in his Boholano language. “I live over there,” Vhence says, showing his house. Vhence’s previous house was flattened to the ground. He and his family are living in a tiny, make-shift house beside Marjorie’s house.

Lourdes was all smile when she saw the two new tarpaulins and a rope. “I’ll use these to put a second cover layer to our roof, so we wouldn’t get wet when it rains. I’ll also put the other tarpaulin over there. I’m planning to have that space as our dining area,” she says, referring to a table outside the house. 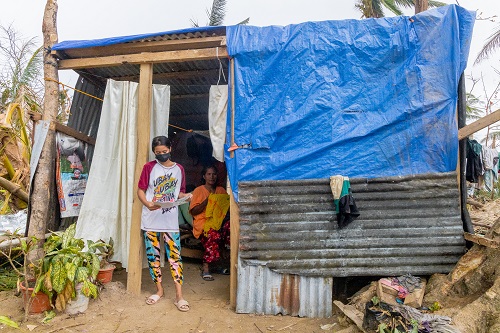 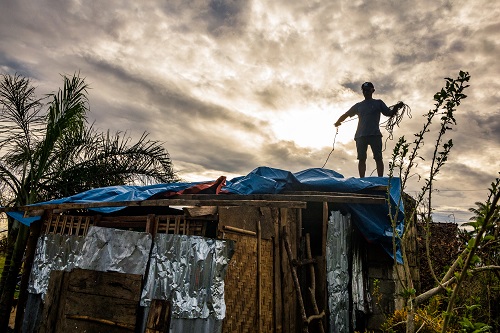 Ranilo, 43, and her family also received shelter items from World Vision. After receiving the items, he hurriedly fixed them on their house that has been without roof for days. “Me, my wife, and two children have been living in that small space,” he says, showing the cemented part of their house, which used to be their kitchen. “I think it will rain tonight,” he blurts, looking at the rain clouds moving towards the town from afar. “But I’ll have no worries. We now have roof.”

Typhoon Odette (internationally known as Rai), with winds of 195kpm and gustiness of 240kph, devastated several provinces in Visayas and parts of Mindanao on December 16. 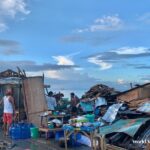 Typhoon Odette leaves parts of Visayas and Mindanao with no water, electricity

Many parts of Visayas and Mindanao, including the cities of Cebu, Mandaue, and Butuan, continue to suffer from water and electricity shortages after Typhoon Odette... 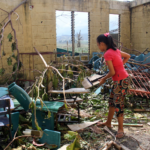 As Typhoon Ompong (Mangkhut) left the Philippines last Sunday, students and teachers in the Cagayan’s town of Baggao, nearly 15 hours away from Manila by... 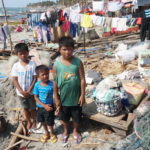 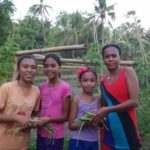 When 38-year-old Jasmine heard the news in January about a spreading virus, her instinct kicked in. She thought of protecting her three daughters by keeping...