High school students learn what they can do to stop online sexual exploitation of children at the National Children’s Month kick-off celebration.

QUEZON CITY –World Vision joined the Council for the Welfare of Children (CWC) in launching the National Children’s Month celebration with the theme “Bata: Iligtas sa Droga!” which hopes to promote the rights and protection of children from various forms of violence and exploitation, including illegal drugs and online sex abuse among children.

In support to the PPAEVAC, World Vision shared its ongoing child protection campaign “It Takes a World to End Sexual Exploitation of Children.” The campaign aims to educate and protect 3 million children from sexual exploitation in the next three years.

“The Philippines is one of the countries suffering from online sexual exploitation of children. We want to change this. We want children to live in safe homes, safe communities, and a safe country,” World Vision National Director Fuerte shared, reiterating the need for children to know where they can report abuses, especially sexual violations.

Fuerte explained that other than their parents, children can also report cases to the Barangay Council for the Protection of Children (BCPC), a local mechanism available within communities where children’s voice can be heard and can directly report their concerns.

Miss Global 2016 1st Runner up and World Vision Ambassador CJ Hirro urges students to be vigilant when they encounter cases of violence against children.

Joining the kick-off celebration were World Vision Ambassadors CJ Hirro, Dane Hipolito, and Quest. “Sexual exploitation does not only happen outside. It happens in homes, it happens online,” Miss Global 2016 1st Runner Up CJ Hirro said.

The Philippines ranks 10th worldwide on the prevalence of sexual exploitation among children aged 10 to 14. World Vision commits to stand and speak out to protect children from harm, grieving with the abused and seeking restoration.

The 2017 National Children’s Month kick-off celebration was organized by the Council for the Welfare of Children in partnership with World Vision, UNICEF and Rotary Club. The Department of Social Welfare and Development (DSWD) and National Youth Commission (NYC) participated in the event.

Children’s Month is an activity conducted every November annually that commemorates the adoption of the Convention of the Rights of the Child by the United Nations General Assembly.World Vision

It takes a World to End Sexual Exploitation of Children 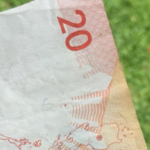 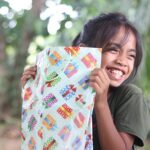 How can we see the silver lining, or ‘hear’ the bells jingling, in the midst of the challenges brought by the pandemic, almost two years...

Princess has been looking forward to the class opening but that day didn't come in her school in Marawi City.

Emma finds hope amidst the struggles brought about by her family's displacement from Marawi.

World Vision Philippines constantly challenges itself in finding new ways or innovative campaigns or programs to widen its reach and increase partnerships so that it...