The National Disaster Risk Reduction and Management Council’s (NDRRMC) recently reported that about 71, 909 families or 359,545 individuals in North Cotabato are affected by the ongoing El Niño phenomenon. During emergencies, children would likely suffer the most.

“We’ve seen El Niño’s wrath in the past. When children are not well-nourished, their well-being is likely to be compromised,” shared World Vision executive director Rommel V. Fuerte.  “Malnutrition can have permanent effect on their physical and intellectual development. The loss of income of their parents could also cause them to drop out of school,” Fuerte added. 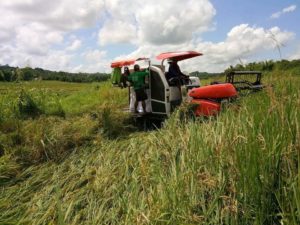 According to the Department of Agriculture (DA), damage to agriculture has reached P869,349,159.24 ($17.4 million) affecting the regions of MIMAROPA, Socksargen, and Bangsamoro Autonomous Region in Muslim Mindanao (BARMM). At least 10 areas from the same regions and in Zamboanga Peninsula have been declared under state of calamity. Reports from the Department of health (DOH) also revealed that at least five hospitals experience massive shortage, due to low and weak pressure of water.

In South Cotabato where World Vision supports about 2000 families, parents shared their struggles in meeting the needs of their children.

“Our team on the ground talked to farming families who are taking the brunt of El Niño. It is good to note that early advisories have been made to keep the farmers from planting their crops but this also means that they have no income to expect in the coming months,” said Rubylyn Gonzaga, World Vision’s program manager in Mindanao.

El Niño, a natural phenomenon that could result to severe drought which poses the threat of disrupted livelihood and massive loss to farmers. It could lead to food insecurity, water shortage and widespread malnutrition among children in already vulnerable areas. Between late 2015 and early 2016, the same phenomenon has affected 102,000 farmers with 192,000 agricultural lands. In 1998, El Niño dried up almost 68 percent of the country for seven months, causing the death of 74 people and the hunger of almost half a million agricultural families.

NDRRMC projects that by end of April this year, 42 provinces will be placed under a dry spell which means that the areas will experience three (3) consecutive months of below normal (21%-60% reduction from average) rainfall condition. By May, about 33 provinces will likely suffer from drought.

The government has committed to focus its mitigation measures on food security, energy security, health, and safety. The Department of Social Welfare and Development (DSWD) said that it has a total standby resource of P1.2 billion while the department of agriculture has so far releases P18.3 Million for cloud seeding operation. 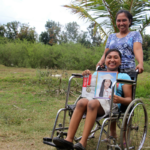 ‘My family and classmates are my feet’

by Rhona, World Vision sponsored child   I recently graduated Grade 10. I am now two years away from college. Like other teenagers, I... 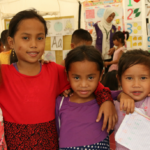 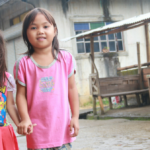 World Vision supports the clean-up and rehabilitation of communities in Marawi City through its 10-day cash for work program launched on the third week of...

Joyce Pring gets emotional after students surprise her with cards, song

World Vision Ambassador Joyce Pring shed tears after elementary students in a rural village in Batangas gave her thank you cards and sang her a... 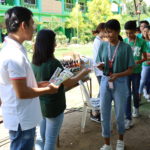