World Vision supports the call to protect children against exploitation

World Vision joins the World Day Against Child Labor (WDACL), held annually every 12th of June, as a global observance launched by the ILO in 2002 to increase awareness and promote the efforts against child labor.

In the Philippines, the National Council Against Child Labor released the WDACL’s theme for this year dubbed “Makibahagi, Makialam, at Magkaisa para sa #BatangMalaya!”

In line with this, World Vision through its Project Against Child Exploitation (Project ACE) will hold a series of online events including the ceremonial MOA signing with DSWD for the implementation of the project on June 14. The project, in collaboration with the American Bar Association Rule of Law Initiative, will also hold a Public Presentation of the National Level Legal and Policy Analysis on the Minimum Standards for Occupational Safety and Health on June 18. Project ACE, funded by the United States Department of Labor (DOL), aims to strengthen the capacity of government to effectively counter the worst forms of child labor through improvement of policies and law enforcement to prevent and protect children from child labor, improve services to assist victims of child labor as well as online sexual exploitation of children (OSEC), and strengthen partnerships among public and private sectors to make all these happen. Earlier this year, World Vision also inked partnerships with the Council for the Welfare of Children (CWC) and the local government of Quezon City to coordinate and collaborate for Project ACE’s programs

Globally, World Vision continues its campaign It Takes A World (ITAW) To End Violence Against Children where in the Philippines it focuses on the rising prevalence of OSEC, considered one of the worst forms of child labor.

World Vision joins deliberations in the Senate and House of Representatives to push online child abuse and exploitation bills, and amendments for the Anti-Trafficking in Persons Law. It is important to update current national laws to keep up with the rapid changes in online technology and to further improve capacity and coordination between law enforcement and private sector. World Vision also assists families and duty bearers by providing capacity building and awareness to improve reporting and referral mechanisms for child protection incidents and to create programs that protect children from exploitation. 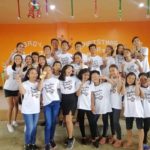 Jecel, 23, looks back at how she started with her advocacy for children and how World Vision gave her the opportunity to transform her life. 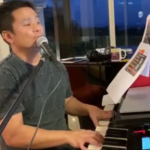 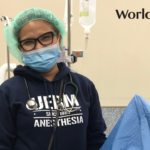 As a doctor and child sponsor, she is fervently praying that her 4 sponsored children with their families, and all children, are kept healthy and... 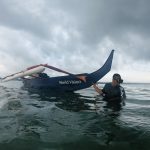 A gift that multiplies opportunities

Through World Vision’s community program, fisher folks like Frederick are given a better shot at life by empowering them to rise above poverty. 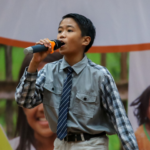