“We were evacuated from Laurel, Batangas to a safer town this morning. Among those in the rescue trucks were children distressed by the volcanic activities since yesterday. There is also a need for dust mask because many stores already ran out of supplies,” shares World Vision staff Kath Sayya-an.

Prolonged exposure to ash falls could trigger respiratory illnesses, gastrointestinal problems due to ash-contaminated food and water. It can also cause eye irritation.

Mandatory evacuation is being enforced in areas within the 10-kilometer radius (12 municipalities and 2 cities) of the Taal Volcano’s crater. The Philippine Institute of Volcanology and Seismology (Phivolcs) warned communities against “possible hazards of pyroclastic density currents and volcanic tsunami” due to the magmatic unrest. The agency also reported that lava has reached the surface of the volcano. Batangas disaster risk reduction and management council said that at least 200,000 residents in Batangas alone are likely to be affected should there be a major eruption.

“Ashes reaching nearby cities, including Metro Manila, also mean that more children are at risk. We urge everyone to heed government calls and take precautionary measures to minimize the impact of the Taal Volcano eruption,” says World Vision’s Executive Director Rommel Fuerte. World Vision’s rapid assessment team has also been mobilized to assess humanitarian needs. The organization stands ready to respond as needed.

Make a difference: Give where it is most needed 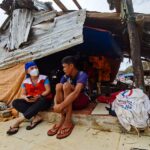 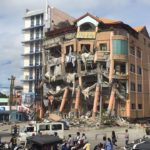 The island of Mindanao was again rocked by a 6.5-magnitude earthquake at around 9AM, today. The epicenter was located in the municipality of Tulunan, the... 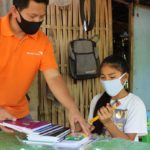 The COVID-19 pandemic in the Philippines has earned all health frontliners the admiration and love of many Filipinos, including a teenage girl living in a... 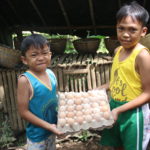 The multiplier effect of generosity

On weekends, World Vision sponsored children Ian, 7 and Ivan, 9, help their mother Flor in taking care of the native chickens. They also help...