Workers and residents fled to the streets and open areas after a 6.1-magnitude earthquake hit Metro Manila and other parts of Luzon at 5:11 PM, April 22.

According to Philippine Institute of Volcanology and Seismology (PHIVOLCS), the earthquake of tectonic origin struck 2 kilometers northeast of Castillejos, Zambales province affects the neighboring provinces of Bataan, Bulacan, Pampanga and as far as Batangas in southern Luzon. The quake gauging at Intensity V jolted Quezon City, Valenzuela, and Manila.

The worst of the damage was in the province of Pampanga, which was the site of all 11 fatalities. Dozens of others were injured by falling rubble, including in Manila. Damaged buildings and properties were cited, as posted on various social media and local sites. Authorities continue to advise the public to stay alert on possible aftershocks and to stay far from damaged establishments.

World Vision mobilizes teams to monitor and coordinate with key local governments and community partners especially in possibly affected areas of Pangasinan, Manila, and Malabon where at least 6,000 children are assisted through its child-focused and community development programs.

“We felt heavy shaking but there are no significant damages reported in the area,” shared a World Vision Philippine field staff assigned in Manila. No injuries and damages in Pangasinan and Malabon areas were also reported.

“World Vision will continue to monitor the situation. All staff in affected areas are safe and accounted for,” says Rommel Fuerte, National Director. 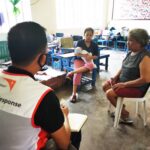 Filipinos are dealing with multiple disasters, including COVID-19. Let us come together to support the needs of the most vulnerable in these trying times. 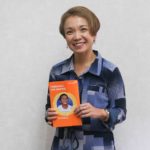 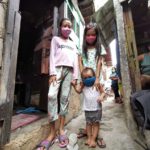 Shaira continues to dream amid the COVID-19 pandemic

When the Phiippine government declared an enhanced community quarantine to prevent the spread of COVID-19, it meant Shaira’s parents could no longer work. From at... 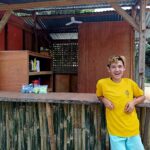 Turning passion into profit amid COVID-19

It’s important to help our children and youth realizes just how many options for their future are out there.