In 2018, an upsetting news broke out about the arrest of a 38-year-old mother from Cordova, Cebu because of trafficking children for online sexual exploitation. Eight minors were rescued – four of whom are her children. Imagine the horror these children went through.

Two years after, a group of student leaders from the same municipality where the eight minors were rescued band together to protect their fellow children.

The Supreme Pupil Government (SPG) in an elementary school in Cordova goes room to room to share awareness to their schoolmates about how to protect themselves from Online Sexual Exploitation of Children (OSEC) and where to report if they know someone who are exploited or abused.

Their journey started when they were invited by World Vision to join an Anti-OSEC workshop last 2019. The workshop is part of the organization’s activities under Child Protection Compact (CPC) project which is funded by the United States.

One of the members of the SPG is James, 12 years old. He is the eldest child with one sibling. His mother works as a factory worker while his father earns as a construction laborer. For him, the workshop was an eye-opener about the dangers that are lurking even inside a child’s home. 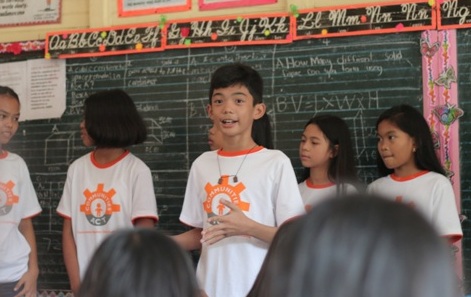 “Work hard to provide for your children, do not exploit them” – James, 12

“Adults should be more responsible to protect their children. They shouldn’t be tempted with easy money being offered by predators,” James calls out parents who are engaging in OSEC. “To those parents who are victimizing their children on cybersex, you should feel guilty. Work hard to provide for your children, do not exploit them,” he added.

The student leader also thinks that the children and youth also have the responsibility to protect themselves especially on who they interact on social media, “I am advising my fellow children to be more careful in using their social media accounts because there are plenty of strangers with bad intentions are preying on minors in the internet.”

Some of the members of the SPG including James have already graduated last March but they ensured that their advocacy will continue by passing the torch to future student leaders in their school.

After four years, the CPC project will end this year but the work will continue because of advocates like James and the rest of the SPG members who will keep an eye on possible OSEC cases in their respective communities. 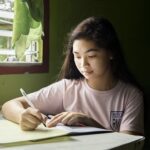 How can you contribute to a sustainable and zero waste future?

How can you contribute to a sustainable and zero waste future? Read the winning pieces of the students from Davao, Cagayan de Oro, and Quezon...

Every day, rain or shine, 8-year-old Prince makes sure that his notebooks, papers and pencils are secured in a plastic before he keeps them... 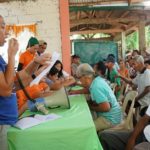 Responding to the call

Carol has been responding to different emergencies since 2001, including typhoon Haiyan in 2013. A nurse by profession, she started with World Vision’s health projects.... 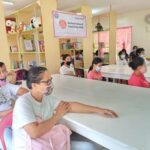 Two public schools in Culasi, Antique received books and support for the renovation of classrooms into reading hubs, adding to the list of seven other... 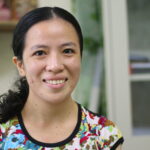